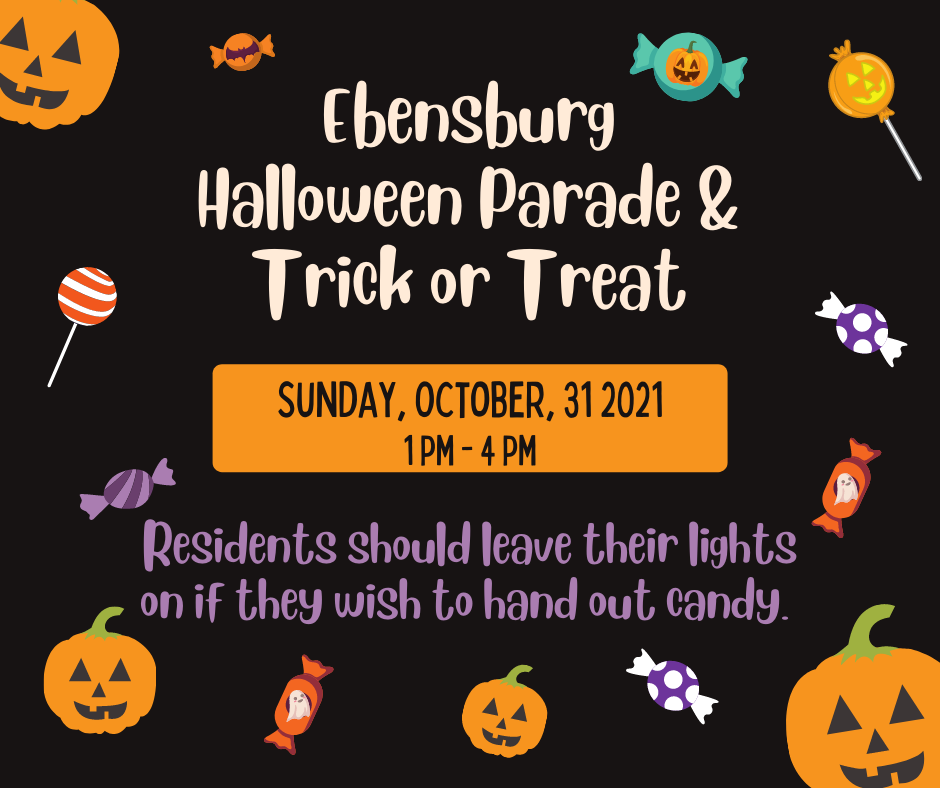 The parade will begin at 1 pm at Dauntless Fire Hall on W. Sample Street. It will turn right onto N. Center, right onto W. High Street and then right again on Julian Street. Trick-or-Treating will start from there and will go until 4 pm.

Along the route, be sure to pick-up treats from the Ebensburg VFW, *Wolf’s Performing Arts (who will be set-up in Penn Eben Gazebo) and Rik-n-Nik’s! Also, circle back around and grab a treat and a free comic book from Codex Comics & Collectibles!

Residents who are interested in participating should leave a porch light on.

*Wolf’s Performing Arts is hosting a Safe Trick-or-Treat and Halloween Foto Fun in Penn Eben Park. This event will feature inflatable Halloween figures for photo opportunities, as well as bags of goodies for each child.