From the brochure “Historic Ebensburg” by W.R. Davis and Dave Huber – Photos by Bill Rogers

Ebensburg, first permanent settlement on the Allegheny Front, is built on lands purchased by the Cambria Company of the Welsh visionary Morgan John Rhys’ in 1796 from Dr. Benjamin Rush, Philadelphia, signer of the Declaration of Independence. Rev. Rhys’ model village at Beulah, three miles west of here, failed but the outlying cabins of Rees Lloyd, who had led the advance party of the Cambria Company up onto the mountain, developed into a coherent community which within a decade became the seat of the newly-formed Pennsylvania county.

In 1796, pioneer huts clustered about the gully and creek running down from the “Big Spring” toward the Conemaugh. This spring located on Crawford (Water) Street provided plenteous natural potable water to the community center for over 150 years without ever going dry.

To date, three log houses remain from the pioneer period including Cambria County’s oldest structure, the Hugh Robert’s Homestead – 1799 on East High Street. Other log structures are the David Schinkle House – 1825 on Shinkle Mill Road and the Griffith Homestead – 1810 on the Willmore Road.

This mountain town was the hub of our young nation’s last great push westward over the Appalachians. Early newspaper accounts describe High Street as being lined with conestoga wagons and migrants staying in such early hostelries as the Berryhill Inn, California House, Cambria House and the Mountain House.

The second phase of Ebensburg’s development was that of a mountain resort. Word of the area’s scenic beauty spread and the natural springs which attracted the first settlers became famous. The urban rich of New York, Philadelphia and Pittsburgh flocked to Belmont, Lloyd Springs and the Mountain House, hotels whose registers contain names such as Andrew Carnegie, William H. Vanderbilt, and Mary Todd Lincoln. Many built “cottages” of fifteen to twenty rooms and entered the life of the community as “summer people”. Some, like Pittsburgh philanthropist D.E. Park, contributed generously to the welfare of native residents especially after the Great Fire of 1915 which destroyed most of the downtown landmarks. Many of these “summer cottages” such as the Bissell Home – 1890 (L.R. Kimball headquarters), the D.E. Park Mansion – 1900 (Aquinas Hall, B.C.H.S) and the D.C. Phillips Estate can still be seen as well as the year-round residence of the Evans-Kephart House – 1885, M.D. Kittell House – 1910, Phillip Noon House – 1834 (Noon-Collins Inn) and the A.W. Buck House which now houses the Cambria County Historical Society.

Other sites of historic interest include the Court House – 1882, the Opera House and Armory – 1882 across the street and built from materials of the previous Court House – 1830. Sites on North Center Street include the Cambria County Jail – 1872, Memorial Park – 1915, and Fenwyck Hall – 1860. On North Julian Street one can see the Jeremiah Ivory House – 1832, and the Old Town hall – 1858. In the old East Ward are the A.A. Barker House – 1875, the Old Welsh Cemetery – 1804, the Johnston Moore House – 1842, the Congregational Church – 1869 and the above-mentioned Roberts Homestead – 1799. From its humble beginnings as the landing site of the Welsh advance party to its fame as a mountain spa, Ebensburg has enjoyed continuous prosperity while retaining its small town charm. 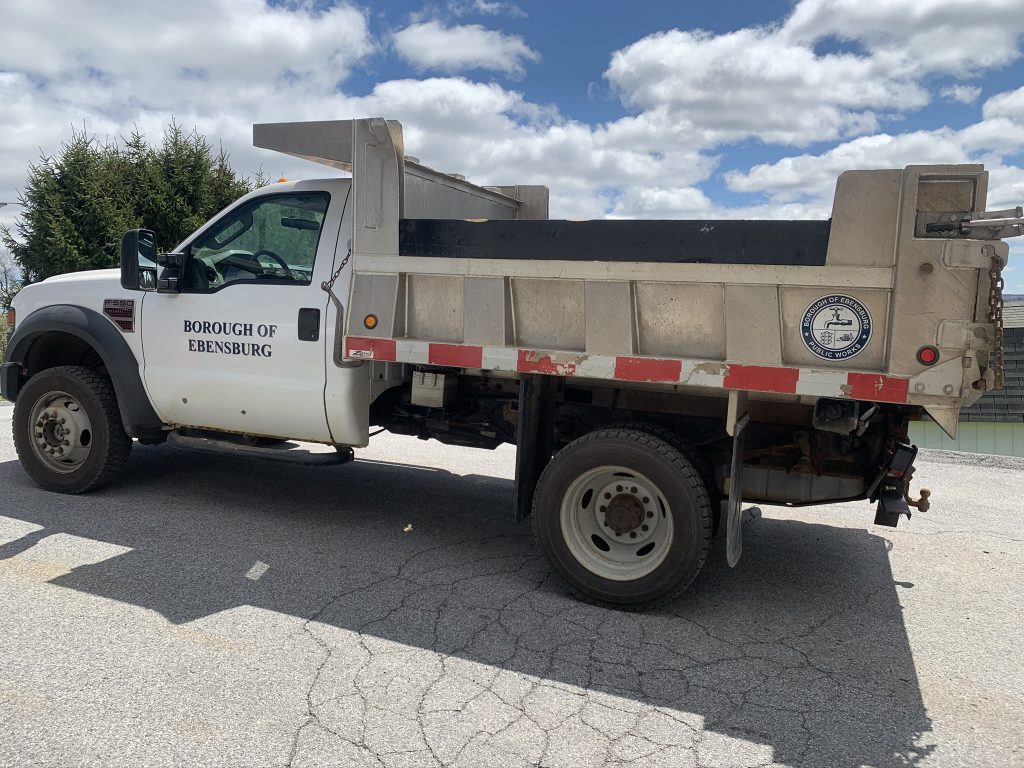